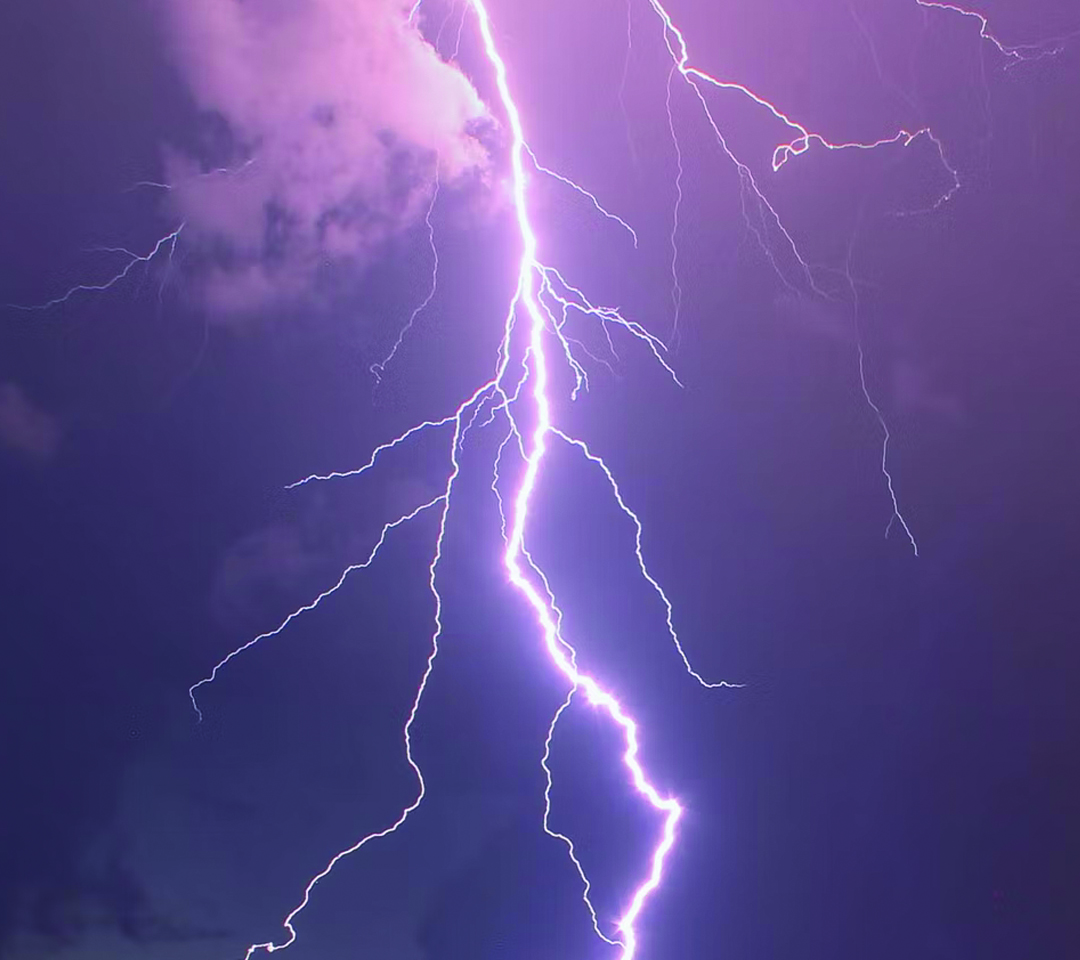 One night last week, we experienced a sudden storm of lightning, thunder, and hail, which is a rare occurrence here in Southern California. At the first boom and flash of light, I ran out the back door to the barn. Above me, I noticed the sky was illuminated by shafts of light followed by rolling booms that seemed to shake the earth. Admittedly, I was in “all-out fear” mode. I noticed the horses galloping frantically in the rain punctuated by crashing booms. I had a moment of panic: “Luca! Mama! It’s okay!” But the horses were not convinced; they continued to gallop as if they were going to crash right into the fence line.

I yelled for my husband. I yelled to the gods of thunder, “HELP!” I watched from the barn doors as the horses ran out of control. I continued screaming, “Stop, please stop!” Suddenly, my husband appeared, “Oh, quiet down,” in an exasperated tone. “All is fine.” I snapped back, “No, no. They are going to get hurt. They could die, break a leg, or get struck by lightning.” Then, as I looked up, I noticed the flood gates opened from the sky. Big, pelting balls of hail began to fall. The horses kept running, galloping, and skidding uncontrollably. I was certain death was the next step.

I called my neighbor Maddy. She yelled back over the phone, “Are you okay?” In my heightened state of fear, I yelled, “Maddy, Maddy, help!” I frantically grabbed a flake of alfalfa, thinking that alfalfa is like peanut butter for horses and would calm them down immediately. I was certain they would make their way to the barn as soon as the delicious alfalfa hit the ground. “Mama! Luca!” I exclaimed. They were not responsive and continued sprinting in the storm. I then grabbed my phone again and called my trainer Alessandra. She talked to me in a calm, collected voice, “Viv, there is nothing you can do right now. You must allow them to run. Do not go out into the arena because they could hurt you.” She has talked me off the ledge of my fears a million times, but that night was different. I was convinced they would be killed.

I realized that I had been transported to the night of Yanni’s death when I was running through the dark hallway of a vet hospital screaming for help. It was an out-of-control moment with no one in sight to help. During this episode, Alessandra continued to talk to me over the phone and my neighbor Maddy came over. The two of us stood together just watching (and braving) the elements. The thunder and lightning continued. Then, all of the sudden, Luca and Mama stopped in the middle of the arena with the hail, thunder, and lightning all around. They became still, side by side. I was immediately sucked into their vortex of peace. And in that very moment, I stood with them in their silence.

My neighbor and I witnessed this beautiful moment and understood that we had no control over the situation. The flood of fears moved right through me and I was able to feel energy of peace again. As Luca and Mama parked themselves in the middle of that storm, they had worked out the energy of fear and found a place of peace.

The truth is that life will always present us with moments like these. It’s okay to feel fear and let it move through us. As I took in this moment with Maddy, we started talking about the gratitude of this rain as we enter our fire season. We reflected on the rain-cooled air that night. I wonder if Mama and Luca were also having this same conversation as they stood in the center of peace.

It’s important for all of us to acknowledge that fear can be a beautiful teacher. Thank you, Luca and Skye Mama, for always helping me move though things that scare me.

Looking to the Night Sky for Inspiration and Guidance

“We are travelers on a cosmic journey, stardust, swirling and dancing in the eddies and whirlpools of infinity. Life is eternal. We have stopped for...

Horses Helping us Heal and Bloom

“Some day [we] will see the entire light of this planet through the window of a tear.” –Leon Felipe  In this quote from the book Finding Inner...

I love beautiful spring mornings. There is still a slight chill in the air. I take in the brilliant, light blue sky, fresh green grass, and the...

Hoʻoponopono for our Mothers

I am sorryPlease forgive meI love you Thank you I love the Hawaiian concept of “hoʻoponopono,” which is a loose translation for “causing things...

“If you hear a voice within you say ‘you cannot paint,’ then by all means paint, and that voice will be silenced.” —Vincent Van Gogh Today when I...

“Color which, like music, is a matter of vibrations, reaches what is most general and therefore most indefinable in nature: its inner power.” —Paul...

The most important lesson that I have learned from my career as a Registered Nurse is practice what you love. I believe that those of us who are in...

The Beauty of Tears

“Don’t ever discount the wonder of your tears. They can be healing waters and a stream of joy. Sometimes they are the the best words the heart can...

What is Intuitive Art with Horses? It is a way to find your flow. Horses move us into a space where we can connect with flow. We can explore who we...

Finding Your Flow (Part I)

I distinctly remember the moment where I felt my connection to flow. I was 47 years old, sitting in a lawn chair in my horse Yanni’s stall on a...

You are a Gift

“The divine spark that you seek is already within you. Allow it to shine through you unobstructed and it will eternally light your way.”― Omar...

For many, slowing down and spending quiet time alone during the holiday season is rare, but this seemed like an important moment to remind you of...

“What did you do as a child that made the hours pass like minutes? Herein lies the key to your earthly pursuits.”Carl Jung I firmly believe that our...

A Lesson from Hono

Is it just me or has the last 20 years blown by faster than the speed of sound? I sometimes start out my day with a list of tasks and plans to...

Reflections from a Coaching Summit

In September, I presented the work of Art Soul and Horses at our annual Touched by a Horse Summit, which is a meeting of Equine Gestalt Certified...

Moving From Fear To Trust

Gifts of Self-Love and Self-Compassion

“Real isn’t how you are made,” said the Skin Horse. “It’s a thing that happens to you. When a child loves you for a long, long time, not just to...

We Are All Artists

I often get emails from people interested in my workshops and private sessions, that say in one way or another, “I am not an artist, but I would...

The Gift of a Panic Attack

Six years into my nursing career I had a panic attack that changed my life forever. I had seen people in the ER with panic attacks and I never paid...

Have you ever had a moment when the world seemed to drop out from under you? I recently had one of those moments, and it threw me back 27 years – to...

The Universe Will Support Your Soul’s Purpose

I recently graduated from a two-year certification program in the Equine Gestalt Coaching Method founded by Melisa Pearce. It took me longer that...

For All Who Desire To Create Change And Healing

In 2009 a very special horse led me on a journey to re-connect with my childhood dreams of Word art and horsehorses and art. He passed on tragically...

“Joy Bits” Can Help You Heal

I always find some joy in finely raking the area around the horses’ water buckets, and making it into a beautiful, soft, cedar rest carpet. Even...

Art Brings Us Together in Miraculous Ways

Recently I found myself mesmerized by the beautiful paintings of equine Artist Holly Vanasse https://dappledponydesigns.com/. Her bright and...

The best adventures in life happen when you stay open to new possibilities, even if you’re not sure how to get to your destination. The problem is,...

The horses give us that gift of pure relaxation.  The joy of working with clients in the creative process with the horses…is that moment when...

A Prescription for Ultimate Healing

Planting The Seed Of Creativity

I love to garden. Spring is such a beautiful time of year for me and I think we can all agree that Spring, and its associated Easter season, brings...

A Gift From Sky Mama

This morning while I was out caring for the horses, Skye Mama left her food to come and stand with me by the fence. Perched up high on the mounting...

We All Have The Power Of Vision

I think that some people tap into it early in life and others learn to access it later in life. The most important thing to remember is that we all...